There are two kinds of language that a machine understands:

There are further two categories of High-Level languages:

The programming language compiles and, later executed by the interpreter whereas scripting language has runtime compilation features. 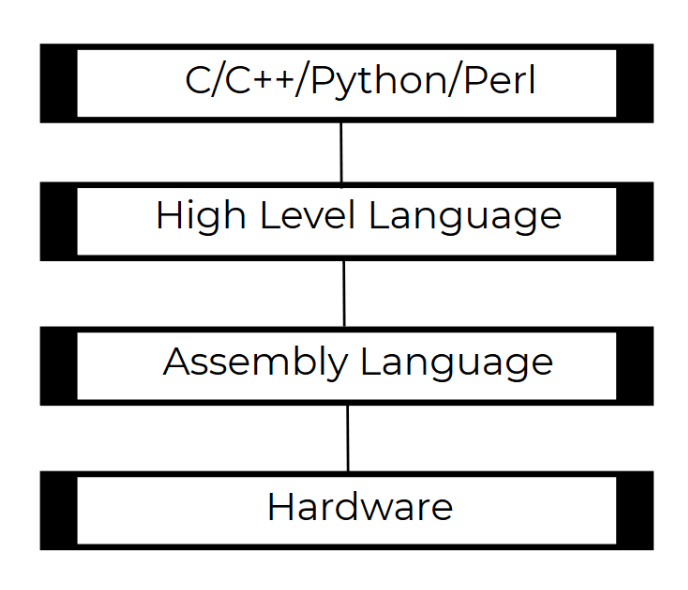 The illustration reflects the hierarchy of Hardware and High- Level Languages.

By now, you probably got the feeling that "Python is one of the high-level languages" used for solving the problems. It's widely accepted by the beginners as it's syntax is easy to learn unlike other programming langauges.

Unix operating system has preinstalled Python. If you are using recent version of Ubuntu, then Python 3 is a part of OS. Otherwise update the Python.

GET STARTED WITH PYTHON

Python 3.6 installed on your system. In order to check the Python is added to the path, go to the Command line (Windows) or Terminal (on Unix and Mac) and run the following:

Open a blank file, and write print("Hello World") and save the file as HelloWorld.py

Execute the following from the command line.

In this article we learn about